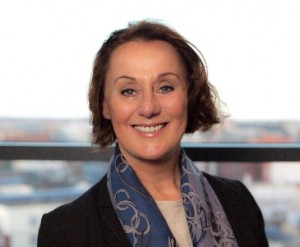 Professor Rose Anne Kenny holds the Chair of Medical Gerontology at Trinity College and is the founder and Principal Investigator of The Irish Longitudinal Study on Ageing (TILDA), Trinity’s flagship research project in ageing. Established in 2006, TILDA is now one of the most comprehensive longitudinal studies on ageing worldwide. Professor Kenny’s research focuses on the causes and consequences of cardiovascular ageing. Professor Kenny is also Director of the newly opened Mercer’s Institute for Successful Ageing at St James’s Hospital – the first purpose built clinical research facility for ageing on these islands. Prior to her present appointments, Professor Kenny held the Chair of Cardiovascular Research at the University of Newcastle Upon Tyne, UK, where she was Head of the Academic Department of Medical Gerontology for 12 years. She has held a number of senior positions including Chairman of the American Geriatric Society: Falls Prevention Guidelines (2001 &2011), Chairman if the European Cardiac Society/ European hearty Rhythm Association Guidelines for  Syncope units (2015) and board member of the H2020 Advisory Group for Societal Challenge 1.

Professor Kenny is widely published, with over 300 peer reviewed papers, 4 textbooks and 53 book chapters.  She has supervised 24 PhDs, 8 MScs and 8 MDs to completion. Since 2006, Professor Kenny has secured more than €156M in research funding.  In 2014, she was elected as a Member of the Royal Irish Academy (M.R.I.A.), the highest academic honour in Ireland and a public recognition of academic excellence in 2014.   She is a Fellow of Trinity College Dublin and of the Royal College of Physicians in London, Ireland and Edinburgh.

TILDA is a longitudinal study of a randomly selected population sample of 8504 adults 50 years and older in Ireland. Measures of health, social and economic contributions to the ageing process are made every two years. TILDA has shown that that obesity (36%) and overweight (43%) are common in Ireland (mean age 64). Adherence to national health eating guidelines such as the Food Pyramid is poor, 76% fail to achieve the 5-a-day minimum recommendation for fruit and vegetable consumption, and 68% consume over 1 serving of foods and beverages from the top shelf:  high in fat, salt and sugar. In addition, those spending the least on food are less likely to be compliant with several of the healthy eating recommendations.

Cholesterol is high in 40% and this is coupled with high levels of untreated or inappropriately treated blood pressure. Pulse wave velocity – a marker of atherosclerosis- is abnormal in half of over 75 year olds and waist circumference substantially high in half of the overall cohort.

The prevalence of vitamin D deficiency is 13.1% (1 in 8) and, using the most recent Irish Census data (2011), this would equate to approximately 158,509 older adults in Ireland. Deficiency status is most prevalent in non-supplement users, in smokers, in winter months, in obese adults, the physically inactive, those living alone and in the oldest old (>80 yrs).

Therefore, there are ample opportunities to modify well-established risk factors for cardiovascular and bone disease and frailty in Ireland – these data should assist policy makers to target those at highest risk.