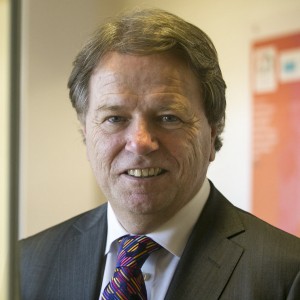 Fergus Shanahan is Professor and Chairman of the Department of Medicine and Director of the Alimentary Pharmabiotic Centre at University College Cork (UCC), National University of Ireland.  He attended medical school at UCD, and after internship and residency in internal medicine at the Mater hospital, Dublin, he completed fellowships in clinical immunology at McMaster University, Canada, and in gastroenterology at University of California, Los Angeles (UCLA), after which he rose to the rank of Associate Professor at UCLA before returning to Ireland in 1993. He has published over 500 peer-reviewed papers and co-edited several textbooks. He is interested in most things that affect the human experience but focuses on host-microbe interactions in the gut.

The Microbiome and Cancer – insights into future strategies for prevention

Microbes have been implicated in the pathogenesis of several human cancers, most strikingly Helicobacter pylori and gastric carcinoma and some lymphomas. Helicobacter pylori is now considered a pre-clinical risk factor/carcinogen.  In the case of colon cancer, effective prevention requires biomarkers of risk but currently available strategies are actually based on markers of established, albeit early, disease or the identification of precursor lesions such as dysplasia and adenomatous polyps. Since genetic syndromes account for a minority of cases of colorectal cancer, factors which predispose to sporadic mutations offer the best prospect for early identification of individuals at greatest risk.

Most of the known environmental or lifestyle risk factors for colorectal cancer, such as obesity and diets that are high in fat or red meat, also modify the indigenous microbiota. Thus, the microbiota or its metabolites may be the proximate environmental modifiers of risk for colon cancer. One of the lessons from the relationship between H. pylori and gastric cancer is that inter-individual variation may be due to heterogeneity at the level of either the microbe and at the level of the host response. In the case of colorectal cancer, the relationship between the microbiota and disease may be even more complex; combinations or co-abundance groups of organisms may be operative, rather than representing a one-organism-one disease model. Molecular mechanisms linking specific microbes with colon carcinogenesis have been identified in experimental animal models. However, studies in humans have been less clear, confounded in part by difficulty distinguishing organisms which have a primary influence from those which are passengers or secondary to the cancer. Various individual organisms have been reported in association with human colon cancer tissue, the most consistent being Fusobacterium species, but the findings have not been uniform in all reports nor conclusive. Some of the variance may be may be methodologic, sampling differences (feces vs mucosal tissue) or due to different stages of disease or true differences between the right and left colon.

Heterogeneity of cancer-associated microbiota might also reflect differences in the host immunoinflammatory response to cancer which is known to influence prognosis. To address these confounding variables, we conducted a prospective study of the colonic microbiota using paired fecal and mucosal samples (‘on’ and ‘off’ the tumour, proximal and distally) from patients undergoing surgery for colorectal cancer and the microbiota composition was correlated with the expression of specific host response genes. We found that co-abundance groups rather than individual organisms or taxa are associated with colon cancer but the altered microbiota of these patients is present on the mucosa throughout the colon and is not restricted to cancerous tissue. Moreover, there are differences between individuals with right- and left-sided tumours and specific microbiota profiles were correlated with the expression of genes known to regulate the host immunoinflammatory response. More recently, we have explored the microbiome of the oral cavity as window on the colonic microbiota and a more accessible site for screening.