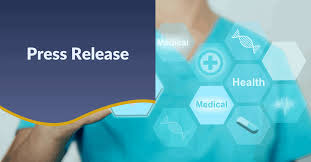 A new international report has recognised the major progress in treating type 2 diabetes – and prompted a new medical definition of ‘diabetes remission’.

Irish Society for Clinical Nutrition and Metabolism (IrSPEN) spokesperson, and expert group member, Professor Carel le Roux said the report of the group launched this week has agreed that: “the term remission be used rather than cure, that this be identified when blood sugar levels return to below the level indicative of diabetes (HbA1c <48mmol/mol), continue for at least 3 months, and without the use of medications.”

He added that testing to determine long-term maintenance of a remission should be done at least yearly, together with the routine testing for potential complications.

IrSPEN spokesperson and UCD Chair of Surgery at St Vincent’s University Hospital Professor Helen Heneghan said a return to normal sugar levels in patients with typical type 2 diabetes can now be attained by several therapies, which is very positive for patients.

“Language around diabetes definition is critical and there is a need for the accuracy which this medical consensus report has provided.

“However, the frequency of sustained improvement, its likely duration, and its effect on subsequent medical outcomes remain unclear for now – but research underway here in Ireland will help answer these questions.”

The international expert group also included representatives from the European Association for the Study of Diabetes, Diabetes UK, the Endocrine Society and the Diabetes Surgery Summit.

IrSPEN spokesperson and bariatric surgeon at St Vincent’s Private Hospital Mr Dimitri Pournaras added that although bariatric surgery was the first to show that remission of diabetes was possible, “the future for people living with type 2 diabetes has never been brighter given our ability to now combine nutritional therapies, pharmacotherapies and surgical therapies”.

Type 2 diabetes affects 1 in every 15 people in Ireland, but consumes more than 10% of the entire HSE budget. It is strongly inherited in families and reduces how long people live and also their quality of life.

Professor le Roux concluded by saying that treatments for type 2 diabetes have transformed in recent years as different therapies been shown to normalize blood sugar in certain people.

“These treatments reverse the toxicity of high blood sugar to specific organs – and this has prompted the re-evaluation of terminology and definitions of remission of diabetes to guide doctors. This development reflects very positive progress for patients and our health system.”