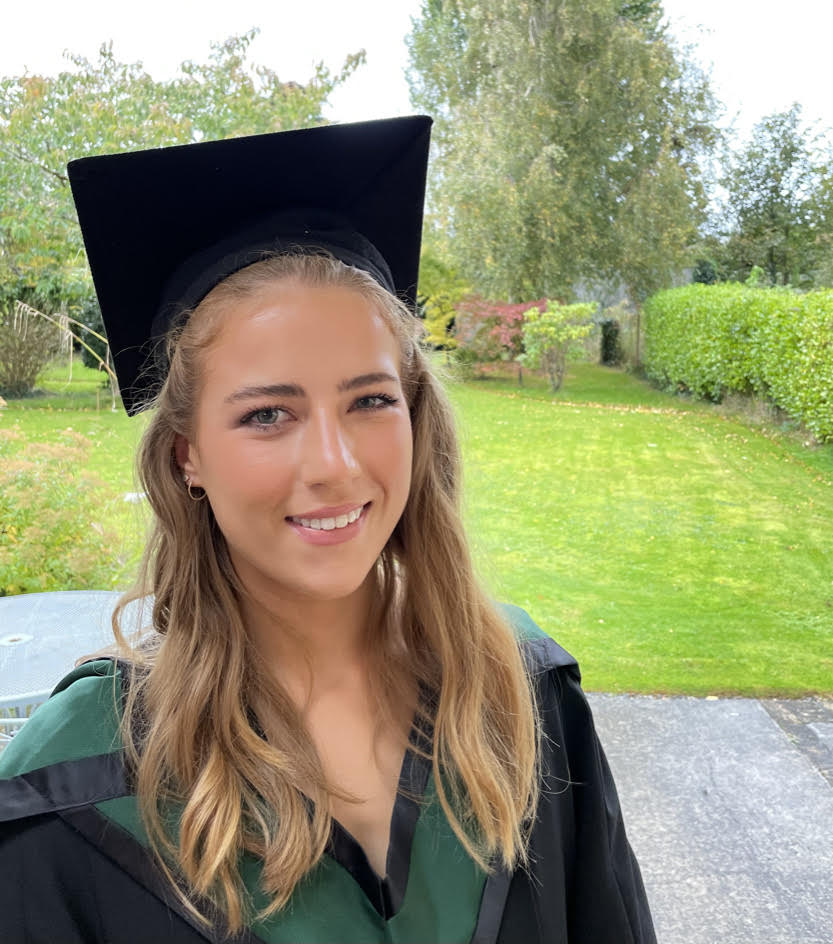 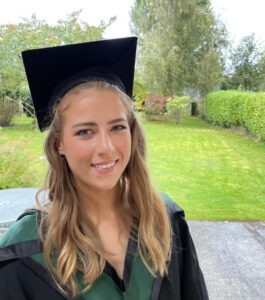 Alice Eaton (Bsc) has been awarded the prize for best overall research project 2021 for her final year project in the BSc Human Nutrition & Dietetics course 2020.

Alice Eaton is a CORU registered dietitian who graduated this year with a BSc (Hons) in Human Nutrition and Dietetics from Technological University Dublin and Trinity College Dublin. As well as receiving the IrSPEN award for best overall research project, Alice also received the Gold Medal award from the Irish Nutrition and Dietetics Institute for best overall grade in the programme.

Alice’s research to date includes examining the association between socioeconomic position and vitamin D deficiency among community dwelling older adults in Ireland. Alice hopes to work towards publishing this research in the near future. Since graduating in October, Alice has pursued a career in the acute setting with exciting prospects just around the corner. Alice is delighted to be entering into a career with evidenced-based, patient-centred care at its core.

Overall Findings: Vitamin D deficiency is widespread in older adult populations in Ireland, with emerging evidence that it disproportionately affects people living with socioeconomic disadvantage. In this research, we report that adults aged 65+ living in the most disadvantaged, compared with the least disadvantaged, areas had a significantly increased likelihood of vitamin D deficiency by 68% when controlling for age, gender and season in a cohort. The findings were based on 1,851 community-dwelling older adults living in Dublin and the surrounding counties.

Included in this study were 1,851 community-dwelling older adults aged 65+ living in Dublin and the surrounding counties. Data comprising participant serum vitamin D concentration, age, gender, and the season of sampling. Additionally, the degree of socioeconomic deprivation associated with the residential area was determined by street address using a tool known as the Pobal HP Deprivation Index. Based on the census, this tool divides the country into groups of 100 households, capturing several elements of socioeconomic background such as single parenthood, third level education and unemployment.

Overall, this study showed that, within this cohort, living in a disadvantaged area compared with residence in an affluent area significantly increased likelihood of vitamin D deficiency by 68% when controlling for age, gender, and season. It was also observed that women were approximately 50% less likely to be vitamin D deficient than men, which may reflect an imbalance in vitamin D supplementation, while winter and spring season increased the likelihood of deficiency almost 3-fold.

Conclusion: Our preliminary findings highlight that older adults living in deprived areas are at high risk of vitamin D deficiency. These findings are important and may guide public health initiatives for vitamin D supplementation and food fortification in older populations, with a specific focus on the needs of socioeconomically deprived communities in Ireland.

This research was conducted in collaboration with Maria O’Sullivan, Lauren Swan, Eamon Laird, Helena Scully and colleagues at the School of Medicine, Trinity College Dublin and St. James’s Hospital, Dublin.