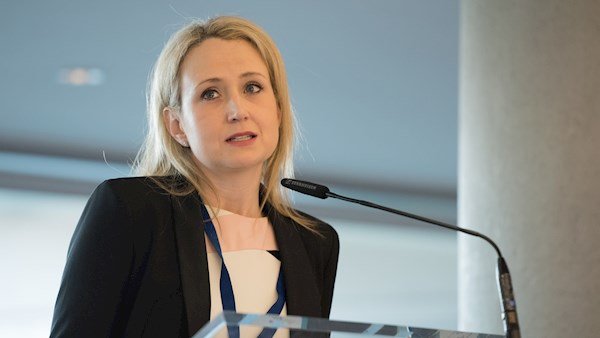 ‘I’ve been poked and prodded but no one has seen me about my diet,’ one cancer patient tells Feelgood.

Another, a multiple myeloma patient who lost 12kg, said patients should, at the very least, be given guidance on where they can access trustworthy and appropriate nutritional advice and warned against the cancer fad diet books and online pseudoscience.

A third patient, who suffers from lung cancer and lost 10kg, reports a mixture of problems – “constipation, diarrhoea, loss of appetite and everything in between” – but still hasn’t received any nutrition advice.

On a more positive note, Sheila’s life was transformed when she reluctantly agreed to see a dietician in 2018. She had lost 6kg, was running to the bathroom every hour and was unable to eat before she eventually sought help. The dietician tried her on a new diet and a range of new drinks – with radical results.  “I didn’t feel I was dying any more. I can now eat every meal of the day. My throat will actually accept food… and I have put on 2kg,” she says.

Another cancer patient Paul had the disease for 14 years before he saw a dietician. After taking her advice, he says he felt as if he had been given back his life.

But unfortunately, Sheila and Paul are the exceptions. A major new survey of cancer patients found that nearly half (45%) of those questioned had significant eating problems, but over 60% of them had never been asked about diet by their medical team.

The study, conducted by the Irish Society for Clinical Nutrition and Metabolism (IrSPEN) with University College Cork, looked at the experience of more than 1,000 patients undergoing treatment.

UCC lecturer in Nutritional Sciences Dr Aoife Ryan, who led the research team in UCC, said the results highlighted the need to include nutrition as part of the treatment for cancer patients in Ireland. “Continued weight loss is associated with poorer survival,” she said. Even when there is no cure, delayed or lack of nutritional support significantly affects quality of life and how long a person survives.

She said the study also highlighted the fact that neither weight loss nor muscle loss was being discussed with patients.

“Muscle loss among cancer patients is linked with poorer response to treatment and a poorer survival outlook.”

“Failure to address nutritional deterioration puts the patient at risk of poor tolerance to chemotherapy, increased complications in surgery and increased need for hospital in-patient care,” she said.

She said the lack of focus on nutrition not only undermined the effectiveness of expensive therapies but increased healthcare costs. “This doesn’t make any sense since the costs of providing good nutritional care are very modest in comparison.”

IrSPEN Director and Nutrition Consultant Niamh Rice said the findings indicated a major gap in cancer care that needed to be immediately addressed. “Because many cancer patients struggle to maintain weight, early nutritional care, advice and support aimed at preventing weight loss and preserving muscle is vital to cancer care,” she said.

She said it was also time to address the shortage of dietitians specialising in cancer care. “There are just 33 whole-time equivalent dietitians allocated to cancer patients nationally and three clinical specialist dietitians in the country. This is significantly short of what is required.”

Professor John Reynolds, IrSPEN President, said the research showed a major gap in cancer care in Ireland. “Cancer patients have the highest rate and severity of malnutrition of any patient group, yet even those with evident serious nutritional problems are frequently not receiving the right information, advice or support at the right time,” he said.

Professor Reynolds said the research highlighted the need for a change in thinking: “Nutritional problems can limit the effectiveness of even the best therapies. Prevention of malnutrition and preservation of muscle mass need to be recognised as an integrated clinical goal within cancer care.”

She said the society encouraged patients to seek credible information from registered dietitians and to get advice from the website www.cancer.ie