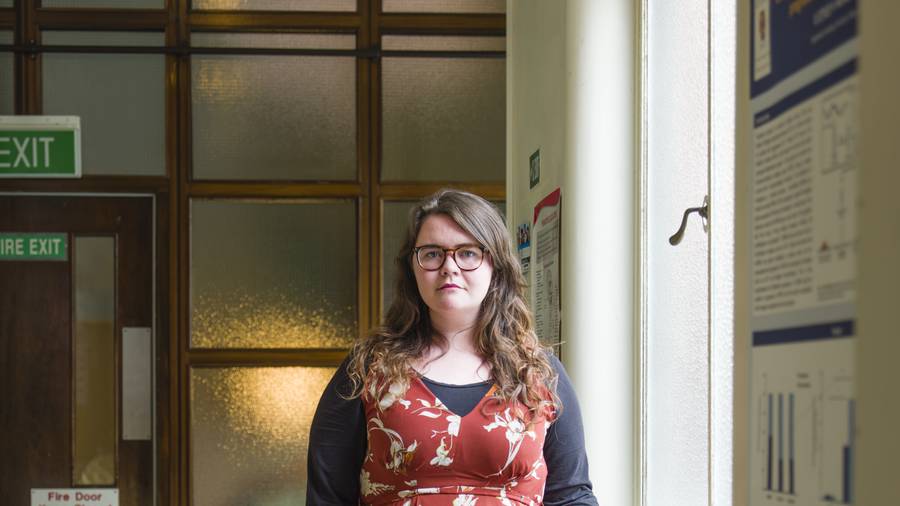 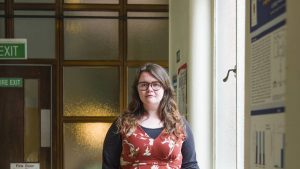 Isabelle Lomax-Sawyers on what it’s like being overweight while studying metabolism at medical school.

We’re starting our “metabolism” module at med school this week, and I’m dreading it with every fibre of my being.

I’m not the type of fat you feel after you’ve had a big lunch, and your usually flat belly is protesting against the waistband of your jeans. I’m the real kind. My BMI hovers a couple of points below “morbidly obese”.

I worry a lot about what people will think of me as a fat doctor. For the smart-arses among you, of course I’ve tried to be non-fat, it goes without saying. The thing is though, bodies don’t really like weighing less all of a sudden and are pretty good at reversing things in the long run. Mostly my body settles back to the same size 18 shape eventually.

I am always aware of my fatness, but perhaps more so here at medical school. We are training to work with bodies, and mine is a type of body we warn our patients not to have. It is the first thing described in every list of “modifiable risk factors”. A colleague suggests “just don’t let yourself get too fat” as we talk about preventing a certain type of cancer. A final exam question asks us to list four poor health outcomes associated with obesity.
Every week we learn physical examination skills by taking turns at being the patient, assessing body parts in various states of undress.

I am usually the only fat person in the room.

On good days I’m relieved that the class-mates who practise on me will have had the opportunity to examine diverse bodies. On bad days I feel like a huge inconvenience.

These physical exams are hard enough already. We are Third Years and can’t do much of anything yet. We say, “Oh yes, I feel it,” even when we can’t. We hope to feign confidence, if not competence; more often than not, we manage neither.

Fat bodies are hard to examine. It’s harder to palpate for a bony structure when it is obscured by a thicker layer of fatty tissue. Harder to count rib spaces to tentatively place a stethoscope above a mitral valve. Harder to feel the border of a liver slide over our index finger.

“I hope I don’t get a really obese patient,” a colleague tells me with a chuckle.

In a couple of weeks, the clinical skill we will be learning is weighing someone, measuring their waist and telling them they should be smaller. I am looking forward to this like a root canal.

When you talk to a fat patient about their weight, it is not the first time they have thought about it. It probably isn’t even the first time that day. I have been fat all my life to a greater or lesser extent and I don’t believe there has been a day when I have not been aware of it. I dread eating in public and squeezing into the back seat of full cars. I plead claustrophobia and refuse to get into elevators when they are anywhere close to capacity. I always know when I am the fattest person in the room.

Fat patients know that we are fat and we know what doctors think of us. Earlier this month at the rural health conference there was a keynote by Dr Robyn Toomath, author of Fat Science.

Toomath noted to the audience that health professionals as a group are especially prone to weight bias. This was so validating of my experience that I could have cried.

I once went to my GP with anxiety, and while writing a prescription, the doctor helpfully suggested my mental health might be better if I lost weight, because then I would feel better about myself. He went on to suggest that otherwise I might not be alive in 10 years. I was 22 and otherwise in good health. I went to him with anxiety, and he told me I would die in 10 years.

“Do you think you’re a bit depressed because you’ve got low self-esteem because you’re fat?” a doctor asked a friend of mine when she sought help for her own mental health. Another friend managed his mental illness alone for nearly two decades because he was worried a doctor would make it about his weight. When he did go to the doctor, she told him to lose weight.

A woman I know had an obstetrician assume a gestational diabetes test result was a false negative and insist she retake the test. Another had a tumour in her knee joint that was missed for some time because her doctor assumed the pain in her knee was due to her weight.

Bludgeoning fat people with a suggestion we should be less fat every time you see us actually doesn’t make us less fat, and there is evidence that this current approach to fat patients might not be that helpful for health.

It also makes us avoid going to see a doctor when we need one. Most importantly, it makes us feel like crap, and contributes to the already crushing stigma we experience living in our bodies every day.

I don’t think my friends intend to make me feel bad when they talk with disgust about obese people. I don’t think you would find a medical student in my class who thinks it’s okay to treat fat patients with anything other than respect. But we are all passing through the medical education system into a medical workforce where many doctors make many of their fat patients feel like crap, within a health system that is failing to “cure” fatness (even though doctors are following so-called best practice with advice to every fat person who walks through the door).

And I don’t know how to even begin to fix it. But to those reading this who are health students or professionals, I’m starting by asking you to see me. See that your fat joke hurts me, even if I laugh along. See that I am reading ahead in clinical skills and wondering if I should call in sick on BMI day. See the courage it took to expose my belly for a group of slim people to perform an abdominal examination.

And to those reading this who are fat patients, I want you to know that I see you. I see the times your heart sank as the new GP asked you to jump on the scales. I see the aches and pains you’ve put off getting treatment for because you know just what the doctor will say. Medicine is not perfect when it comes to interfacing with people whose bodies look like yours and mine. But there are many wonderful doctors, nurses and students I’ve encountered since starting medical school who are trying to change that. Kia kaha.

Lomax-Sawyers first published this piece on her blog, raspberrystethoscope.tumblr.com. She says she’s been humbled by the response.

“I’ve received kind and supportive messages and comments from doctors, nurses and medical students who agree that a more compassionate approach to body-size issues in health is needed.

“I’ve been blessed to have many overweight and obese people contact me to share their own experiences as patients. I want to acknowledge that doctors are working hard to give patients the best care within a resource constrained environment, and that the kind of treatment I’ve described isn’t ill-intentioned. Health professionals deserve to be equipped with the tools to challenge unconscious weight bias and provide compassionate, evidence-based care that respects larger patients as whole individuals. I hope that my article can contribute in some small way to the conversation on how we achieve this.”