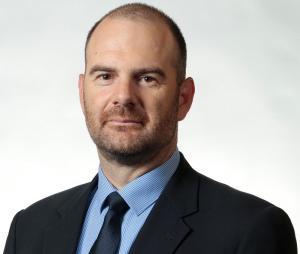 A new study has shown that ongoing improvements in drug treatments for diabetes has made them just as effective as bariatric surgery for diabetic kidney disease.

Up to now bariatric surgery was established as more effective than drug treatments for patients with obesity and diabetes.

However, a new study has shown that the evidence has changed, as the effectiveness of ever-advancing drug treatments has now caught up with surgery.

Irish Society for Clinical Nutrition and Metabolism (IrSPEN) spokesperson and Obesity Specialist at University College Dublin Dr. Carel le Roux, who led the research, said the findings are likely to change clinical practice internationally, and also in Ireland into the future.

When the new improved drugs for diabetes were used in patients over five years, both treatments were found to be highly and equally effective. The study, which included 100 patients in Brazil used the best possible drugs which are generally available, which have proven benefits for diabetes and chronic kidney disease.

“These new findings will change clinical practice internationally because it provides answers to a disease that all countries are struggling with. Now doctors and patients can choose between commonly available surgical and drug treatment, because both are equally effective and safe.

Dr Ricardo Cohen from Oswaldo de Cruz hospital in Sao Paulo, Brazil who led the research in Brazil said: “this is a potentially disruptive finding because, until now, bariatric surgery substantially outperformed the best medical care on all the relevant clinical outcomes”

“Surgery was however still better for weight loss, control of blood sugar, and quality of life, with a similar safety profile as the new drugs. This continues to make bariatric surgery a relevant treatment for these patients.”

Details of the study can be found in The Lancet Discover Science eClinicalMedicine publication. (Study published Friday Nov 11, https://www.thelancet.com/discovery-science)