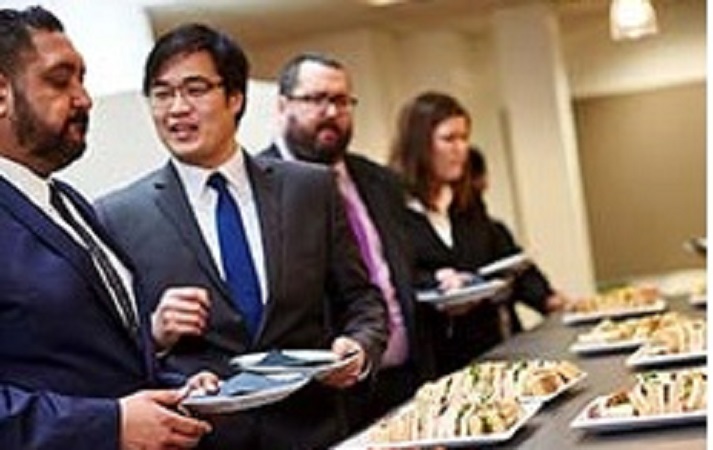 In order to effectively treat obesity, we need to understand its aetiology and pathophysiology. We consider body weight as a balance between energy taken in from our diet and all the energy used during various daily activities. This suggests that if the number of calories consumed equals the number of calories burned, then bodyweight remains the same. The implication is that people who maintain a healthy weight can properly manage their energy balance while those who become overweight or obese just eat too much and exercise too little, concluding that obesity is a volitional lifestyle choice.

This entrenched and archaic view was articulated in Dante’s Inferno, with the path to hell through sin. Gluttony and sloth,1 two of the seven mortal sins, remain aetiological contenders for obesity even in contemporary mainstream scientific discourse.

It follows that gluttony is an act of free will and individuals unable to change their body weight are often reproached for having insufficient willpower, even among health professionals.2 Understanding obesity as a disease and not an act of free will allows us to dispel stigmas, improve clinical care and impact on the negative discrimination patients suffer.3

The homeostatic mechanisms controlling this are complex and tightly regulated, resulting in a ‘set point’ for body fat.4 Energy balance is not something that individuals can consciously control in the long term, rather the subcortical brain attenuates shortterm efforts to either gain or lose weight. The subcortical areas of the brain are influenced by many neuro-hormonal signals such as leptin, a hormone produced in body fat.

Other signals from muscle, liver, pancreas and the gut all communicate with the brain. Together these serve as an overall indicator of energy homeostasis and have a profound influence on appetite, satiety, food preferences and other behavioural traits, in the same way that other physiological messengers influence how cold or tired or short of breath individuals feel.

In considering the futility of relying on willpower and moral strength alone to alter tightly regulated physiological set points that are beyond conscious control, we must also acknowledge the profound and sustained benefits that can be achieved for overweight patients by using applied physiological knowledge to influence those energy homeostasis set points.

Successful long-term weight loss results from shifting the set point to allow the subcortical areas of the brain to be in equilibrium when at a lower weight. Energy intake is matched to the decrease in energy expenditure that occurs with weight loss.

As a person loses weight, there is a fall in the energy required to support minimal daily functions also known as resting energy expenditure.5 Thus when a person goes on a diet and loses weight, the hormonal mediators of energy intake and energy expenditure change in order to restore energy homeostasis to the set point. Diets fail. The person not only feels hungrier but may also burn fewer calories.

If there is a set point, why do many people gain weight throughout life and become obese?

Obesity is a complex and chronic disease influenced by many factors, and affects some people more than others. Our modern obesogenic environment, with more calorie-dense foods, less physical activity, more stress, less sleep and medications that may cause weight gain, all play a role in shifting the average body weight in the population upwards.

While the shift in the number of overweight and obese people has been caused by changes in the environment over time, the variations within the population at any point in time are strongly genetically determined. This is probably because genes influence individual energy homeostasis set points.

Also, with age, these energy homeostatic mechanisms degrade over time and in general when this happens, it causes a drift upward in the set point and body weight rises. Obesity is therefore a biological response to our modern environment and a disease where the body dysregulates energy balance to a set point that is too high.

We often overestimate how many calories our obese patients are consuming, believing that their weight gain is due to an excessive larger intake of calories than the body needs.

Most people consume on average 900,000,000 calories per year,6 and so to maintain weight, would need to expend 900,000,000 in the same period. Given the first law of thermodynamics (that energy can neither be made nor destroyed) it would mathematically follow that if your calorie balance was off by 4,000 calories per year you would gain 0.5 kg per year. This equates to 11 calories per day, or just two crisps per day.

If your energy balance was out by 40 calories per day, the equivalent of one plain biscuit, you would gain almost 70kg between the age of 25 and 65. As humans cannot regulate their energy intake this accurately, it would suggest that the subcortical areas of the brain can also increase energy expenditure on days when too much energy is consumed. This increase in energy expenditure may occur through physical activity or through nonexercise thermogenesis where the person is not even aware of it.

Given what we know about how complex body weight homeostasis is and how relatively small changes in diet could have potentially large cumulative influences on body weight over time in the absence of subconscious compensatory behavioural changes, it seems illogical to propose that the maintenance of weight stability over time is a reflection of a morally superior consciousness. Rather, the person’s subcortical areas of their brain are interacting with neurohumoral mediators of behaviour in a way that allows that stability.

Put another way, people gain weight not because their energy intake vastly exceeds their expenditure, but because of more subtle mismatches which are not optimally compensated.

Approximately 15% of people that try intensive diet and exercise can maintain 10% long-term weight loss.7 For these, the interventions reduce the body weight set point without biological factors increasing bodyweight.

While such an approach is a reasonable first step, it will not work for most, nor does it deliver a cure, because if the intensity of the lifestyle interventions are reduced, then the balance can no longer be maintained and weight regain occurs.8 This is not the fault of the individual, but rather it is a neurobehavioral response to the physiological drives to restore the body weight set point.

About one-third of patients trying medications for obesity can achieve 10% weight loss in the long term.9 Again, this response is determined by how well the drug alters the subcortical energy homeostasis set point, and variations in response are due to intrinsic physiological inter-individual differences rather than differences in motivation or commitment per se.

Although most obese patients do not seek it, about 90% of patients who have bariatric surgery are able to achieve more than 10% long-term weight loss.10 Once again, there are variations in how well individuals respond to bariatric surgery, determined by physiological rather than conscious or moral differences.

Bariatric surgery has such a profound effect on weight relative to other interventions because it has pleiotropic and widespread effects on several physiological factors that influence the energy homeostasis set point.

Although surgery is a ‘one-off’, it should be viewed as chronic treatment because during every meal, the gut hormones, bile acids and signals from the microbiota interact with the subcortical areas of the brain and exert a therapeutic effect.

When obesity is viewed as a pathophysiological derangement of subcortical and unconscious control of energy homeostasis, effective therapeutic strategies can be devised and deployed.

The provision of resources centres on who will receive what share of those resources.11 For patients with obesity, it is invariably framed around appropriateness for deploying resources on what is seen as a self-inflicted condition.

The key question arises about how moral and financial measures should influence medical decisions on care.12 Public health prevention campaigns that focus on lifestyle choices are very important, but we need to be careful we do not inadvertently reinforce stigma or make it a moral issue.13

The view of obesity as a manifestation of a flawed personality is long gone and this needs to be reflected in our approach as we set out to treat people with obesity using effective treatments delivered in a compassionate environment.

This article is based on talks given at the IrSPEN Biannual Conference and Policy Seminar 2017, which was held in Dublin in March 2017